Do you ever get blogger-haters?

I get emails from friends (and my younger brother) asking me if there is anything that he/she can do because someone posted something mean or untrue on Facebook or a blog entry. The question comes down to "Is there something you can do?" Hm... let me find my legal magic wand...

The Bill of Rights guarantees the rights of Americans by limiting the powers of the federal government. The 14th Amendment applied the Bill of Rights to state government. Rather than going into details about the Supreme Law of the Land, I'll focus on one area that affects everyone, even non-Americans. That's the FREEDOM OF SPEECH. It is adopted in the United Nations Universal Declaration of Human Rights and the European Convention on Human Rights in almost mirror image.

Defamation is actionable (in court) when someone tells a lie about you to another person, and that lie caused harm to your reputation. This is a matter of state law, and each state has its own variation of this rule. To win, you have to prove to the court (or jury) that the "lie" is really a lie. That means that opinions (something that is unprovable) cannot be defamatory (even if its insulting). You ultimately have the burden of proving that something is not true. So let's say someone accuses you of stealing pencils from work. How do you prove that you didn't steal something that was never taken? It's almost impossible to prove a negative, so it's an uphill battle. You certainly do have a case if your former boss tells your prospective employer something untrue and that causes you to lose the job--but to prevail you have to prove that it was a lie (and not an opinion) to begin with.

There is an exception to the above rule. I remember it because my law professor called it the CLUB factors. If someone tells a lie that accuses you of committing a Crime, having a Loathsome disease, being Unchaste, or committing a Business wrongdoing, that person has the burden of proving that it's true. For example, if someone tells your boss that you have AIDS (assuming that you don't have it), and you sue that person for defaming you (and ruining your game), the burden is on that person to prove that it's true. If that person can't prove that it's true, you win. All you have to do is file the lawsuit alleging defamation. Again, some states have changed the default common law rule.

I won't go into details regarding the media because they have much more leeway. That is, they can be wrong when they report the news so long as it was an innocent mistake.

Although I'm discussing your rights here in an adversarial manner, I know that not everything calls for lawyers to resolve. As Judge Cardozo once said, even a dog can tell the difference between getting kicked and being tripped over. But certainly, see an attorney if you think you have something worth going into war over. 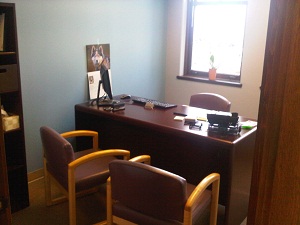 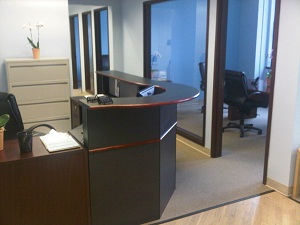 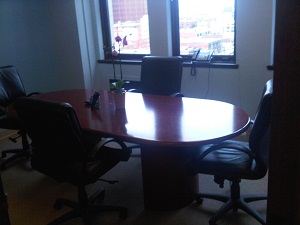 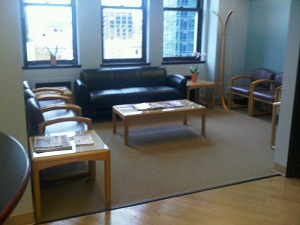 Do I need to hire a lawyer?

This is a common question that we get at consultation. My answer is, "of course not!" Our legal system was not designed so that a lawyer is absolutely necessary for anything. However, it's highly discouraged in some area.

The law is usually written after series of compromises from all sides. The end result is a piece of legislation that attempts to be as "one-size-fits-all" as possible. Unfortunately, no matter how general a law is written, no one law can actually cover every single possible dilemma that comes up. Lawyers are trained to spot issues and defuse them before they become bigger issues. This requires us to dissect your case into a million pieces and piece it back together. This is why people tell me that lawyers make things more complicated. I just smile.

When people file bankruptcy, they put all of their worldly possession before a bankruptcy court. The law allows people to keep a substantial amount of property (e.g., clothes, furniture, some cash, DSK Jewelry), but it also requires people to surrender property that is more than what is considered necessary to live. For this reason, hiring a lawyer to file bankruptcy is a smart idea. Only a bankruptcy lawyer can spot potential issues with property. Once a bankruptcy petition is filed, it is difficult to get it dismissed. That means that you can't change your mind simply because you can't keep your brand new Corvette or that Bubbi Necklace. It's gone!

In summary, you don't need to hire a lawyer to file bankruptcy. It's extremely encouraged by the bankruptcy lawyers and also the court that you do. This is especially true if you own anything of value.

On another note, the video on the bottom relates to my practice. I file lawsuits against creditors who violate the Fair Debt Collection Practices Act by using abusive collection tactics. (See below). Call Arrow Law Group if you are being harassed! (by a collection agency).

An old friend of mine complained on his facebook status that an uninsured "illegal immigrant" hit his car, and because he didn't have uninsured motorist coverage on his auto insurance, his bank account is now short a few thousand dollars (to fix his car). As I was thinking about his status update, I wasn't upset so much by the politcally incorrect usage of the term "illegal immigrant" as I was by what politicians and Congress have done to fix our immigration problem--by creatively distracting the American public into thinking that the government and politicans are not the source of the problem. Yet, politicians on both red and blue teams, around election time, try to pass blame to opposing parties until the issue itself is forgotten.

In 2005, President G.W. Bush signed a bill called the Real ID Act. The Real ID Act attempted to add slight reform in immigration laws, which is still considered ineffective at achieving its goals. Congress knew that reforming immigration laws would require a great deal of debate; a debate so heated that it could cost some polticians his/her career. Thus, it came up with a crazy idea... the Real ID Act.

Americans are rightfully enraged! We now have people who are here unlawfully plus they are breaking more laws by driving without a license and driving without insurance!? My friend was justified for being upset. I'm upset for him, but I'm upset at Congress.

Although the Real ID Act is being praised as being one step closer to securing our borders, common sense tells me that (1) it' not working and (2) it's hurting than it's helping.
Posted by Minh Tran at 7:28 PM 21 comments: